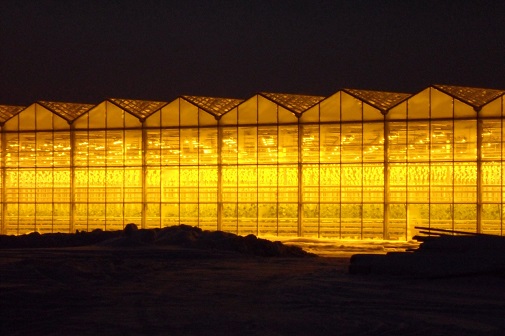 13 April 2021 Rosseti FGC UES provides 142 MW of power to Yelets Vegetables greenhouse farm Rosseti FGC UES (FGC UES, PJSC) has completed the work for arrangement of the supply of power to Yelets Vegetables greenhouse farm in the Lipetsk region. For that purpose, the company has expanded the Yeletskaya 220 kV substation and upgraded another power hub of the region, Terbuny 220 kV. The hookup power is 142 KW, which allows the farming enterprise to commission five groups of greenhouses with a total area over 63 hectares.

14 April 2021 Rosseti FGC UES to install microprocessor-based protections at Kuzbass – Novosibirsk – Altai key energy transit Rosseti FGC UES (FGC UES, PJSC) has begun upgrading the relay protection at the key substations in Siberia: Altai 1150 kV, Barnaulskaya and Zarya 500 kV. Modern equipment will increase the reliability of power flows between the regions of Western Siberia and, consequently, power supply to consumers in the Novosibirsk Region, Kuzbass, and the Altai Territory with a total population of 7.8 million people. The amount of investments will be 182 mn rubles.

6 April 2021 Rosseti FGC UES to strengthen lightning protection of 52 OHTLs in Far East As part of the project, over 1000 power line grounding circuits will be repaired and installed in five regions of the Far Eastern Federal District. This will reduce the risk of emergency shutdowns and improve the reliability of the power systems of the Khabarovsk and Primorsky Territories, the Amur and Jewish Autonomous Regions, and the Republic of Sakha (Yakutia).

5 April 2021 Rosseti FGC UES to repair switching equipment at 83 Siberian substations During the 2021 repair campaign, Rosseti FGC UES will repair almost 900 units of switching equipment at substations in the Siberian Federal District, as well as in the Trans-Baikal Territory and the Republic of Buryatia. The work is aimed at improving the reliability of power supply to consumers in regions with a population of 19.1 million people.